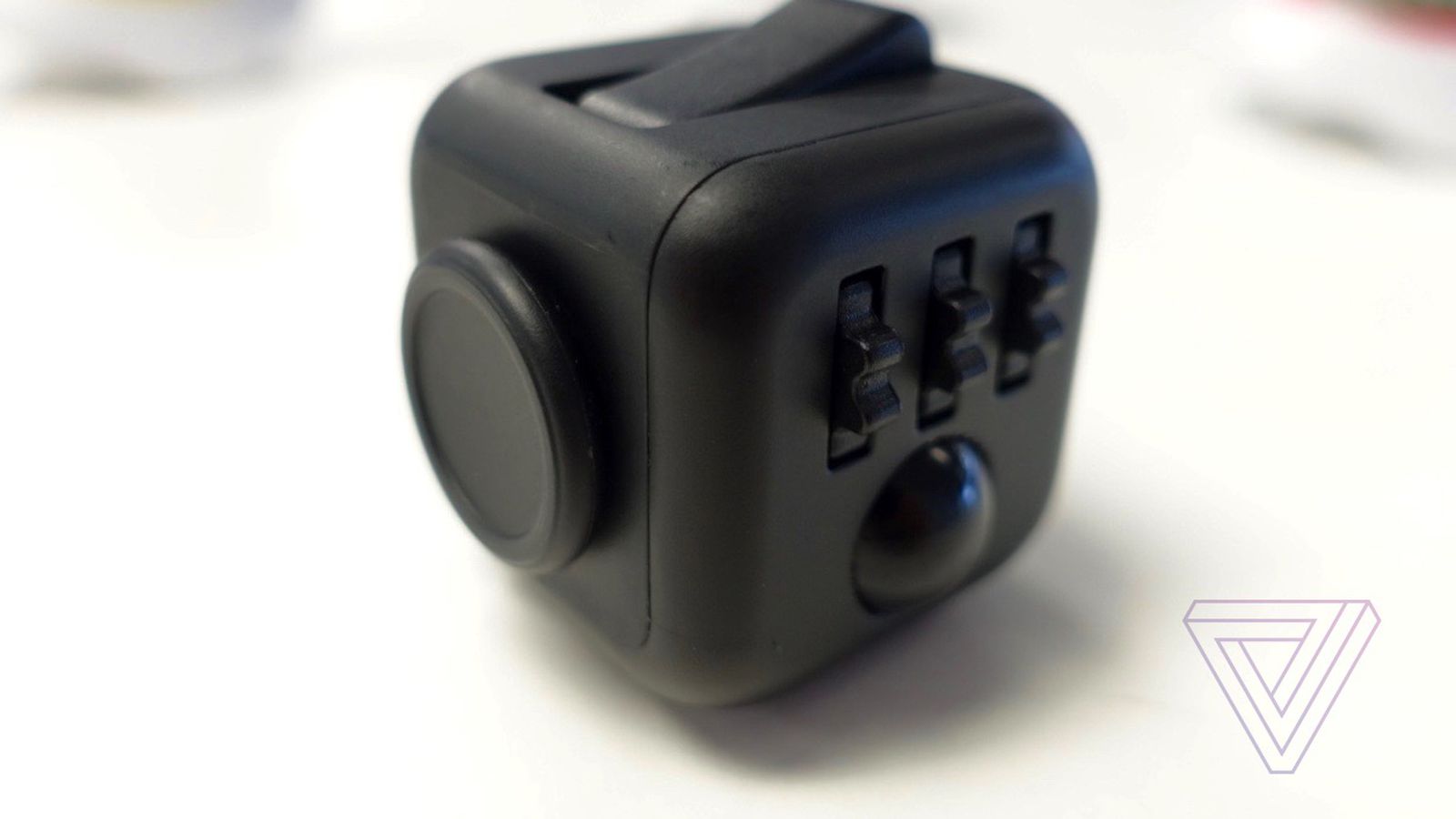 Lately, I’m much more dubious about Kickstarters than I used to be — I’ve been burned too many times by delays, failures, or simply bad quality. But when I saw the Fidget Cube, a desk gadget designed to keep idle hands busy, I signed up immediately. “How can such a simple thing be delayed?” I thought. Well, it was — despite getting funded just shy of 6.5 million (!) dollars — and that gap was rapidly filled with knockoffs.

In any case, my cube arrived today and it’s adorable. It has little geegaws for you to fiddle with on five of six sides. The geegaws are: combination-lock knobs, a little joystick, a rolly ball, a few buttons of varying clickiness, a switch, and a spinning dial. The whole thing feels a little too small at first, until you realize that it’s meant to sit in the crook of your finger. Most of little doodads feel well-built and satisfying to push / dial / spin / click. They’re all also a little too loud, so if you’re in a super quiet room your co-workers might hear it.

But whatever. I’m the guy who takes the little pieces of paper that hold napkins and silverware together at restaurants and worries it into a tight little roll through the course of dinner. I’d be a table tapper in meetings if it weren’t the most obnoxious thing in the world. Don’t even start with me about Zippo lighters. I fidget. I worry.

You can preorder a Fidget Cube now and the company claims it’ll ship in March or so. It’s probably an obnoxious way to spend $22, but it’s less obnoxious than putting one of those gel-filled stress balls on your desk. Nobody wants to see that.

A look at the Fidget Cube